Aside from losing a close 12 round unanimous decision to Miguel Cotto in 2007, Shane Mosley has not lost a fight since 2004. On the other hand, Mosley's record in his last 10 bouts is (7-3, 4 KO's). Joe Walcott, Archie Moore, Bernard Hopkins and Lennox Lewis all had a great deal of success late in their careers. At 38 years old, can Mosley sustain his impact on the welterweight division? Or will he finally show his age against Berto?

Andre Berto may be undefeated, but he does not possess more ring experience than Shane Mosley. Mosley will be Berto's toughest test to date. Berto shows superior power, tremendous agility and is 12 years younger at age 26. Will Andre Berto be able to use these advantages to overcome his inexperience and pull off an upset?

Shane Mosley has never been hesitant to mix it up with any fighter. When he gets hit, he fires right back at his opponents. Mosley throws fast, blistering punches, but tends to stand in front of opponents too long. He favors the use of his jab, more as a range finder to set up power shots. Throughout his career, Mosley has been tremendously effective when he attacks his opponent's body. It is well known that he can take a solid punch from bigger guys and is capable of outfighting younger guys in close range. His most notable victories have come against Philip Holiday (UD 12), James Leija (TKO 9), Oscar De La Hoya (SD 12, UD 12), David Estrada (UD 10), Fernando Vargas (TKO 10, TKO 6), Luis Collazo (UD 12), Ricardo Mayorga (KO 12) and Antonio Margarito (TKO 9). His most notable losses have come against Vernon Forrest (UD 12 twice), Ronald "Winky" Wright (UD 12, MD 12) and Miguel Cotto (UD 12). 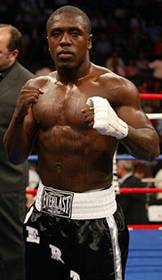 Andre Berto took up boxing after his father, Dieuseul, brought him to the boxing gym at a very young age. For his training, Berto would run, and his father would drive a car behind him to make sure he would not slow down. Afterward, Andre was forced to do as many as 500 push ups. His regimented training started to show positive results. Berto won the 2001 National Golden Gloves in the Light Middleweight division. In 2003, he won the National Golden Gloves again, this time in the Welterweight division. After failing to qualify for the United States team, Berto went on to represent Haiti at the 2004 Olympics. However, Berto lost in the 1st round (36-34) to France's Xavier Noel in a close bout.

Berto is a powerful puncher and fights with a wide stance. Like Mosley, he stands in front of his opponents after delivering his punches. He likes to time his opponents, so he can hit them with his devastating right hand. At times, Berto can be a bit of a brawler and is not as technically sound as Mosley. He throws few combinations off his jab, but when he lands his punches, they are enormously effective. Also, Berto has proficient hand speed and is naturally bigger than Mosley, although he lacks the professional experience. Berto's most notable wins have come against Luis Collazo (UD 12) and most recently, Juan Urango (UD 12).

During heated exchanges, Berto has a tendency to release wide punches in close range. As a result, Luis Collazo was able to time and hit Berto repeatedly with short punches. Look for Mosley to attempt to do the same. However, Mosley may be making a huge mistake, if he thinks he can trade punch-for-punch with Berto. Berto is an outstanding puncher, and must connect with his punches in succession to be victorious over Mosley. In contrast, Mosley is a better defensive fighter than Berto and probably will employ many feints in this fight.

Berto needs to put his combinations together better than he has shown in his previous bouts. He must utilize his jab to control the pace of the fight. When in close quarters, Berto should keep his punches short and not square up. In the past, Berto has not changed from offense to defense well. Against Mosley, Berto should punch and move, so he will not be a stationary target. Alternatively, if Berto wants to get the best use of his edge in power, he ought to force Mosley to fight toe-to-toe.

For Mosley, he needs to land short shots in a nearby range. He will not have to worry about Berto's power, if he can land clean punches and move laterally around the ring. Every so often, Mosley may elect to trade with Berto. Mosley must find his range, so he will not be countered. This is where Mosley's ring experience can be a key factor.

Prediction: I'm picking Andre Berto to upset "Sugar" Shane Mosley. I usually select the more seasoned fighter, but in this case, Berto's 12 years age advantage will be the difference. Although, Mosley has defeated several younger fighters as he has grown older, he is now 38 years old, and has been inactive for one year after demolishing Antonio Margarito. Boxers cannot afford to suffer long layoffs to their careers, especially as they grow older. With long periods of inactivity, fighters lose timing, speed, agility, power and can witness an overall decrease in their skills. Mosley has not shown his age yet, but eventually all fighters do. A fighter can get old in one fight and I think this is Berto's time to shine. I am going with Berto to win a clear and decisive 12 round unanimous decision.
Posted by Michael Gerard Seiler at 9:54 PM

Good preview Mike. I'm picking Mosley, in part, because I simply don't like Berto. Hardly scientific! However, I keep waffling. As you've said, fighting is a young man's game. At this point Mosley is far from young, and in combination with his layoff, I can't imagine that not factoring. But, I also think some of Berto's shortcomings that you mentioned will factor as well. He doesn't transition from offense to defense well as you said, and he doesn't put his punches together very well either. When you consider his weak jab, I have to think that Mosley will find a way to do some damage. We'll just have to wait and see what happens. I just hope it doesn't boil down to a lead rights ...followed by clinches..and so on! Anyway, good post, I can't fault your logic in picking Berto.