On Saturday August 21st, Tomasz Adamek returns to action at the Prudential Center in Newark, N.J. against Michael Grant, who is on an eight bout winning streak dating back to 2003. The bout will be part of the much-admired "Brick City Boxing Series".
Adamek, who is trained by Roger Bloodworth and Ronnie Shields, has made it clear that he intends to move up when he is ready to face reigning World Heavyweight Champions David Haye and Wladimir and Vitali Klitschko.  As the Klitschko brothers both stand over 6’7”, Adamek and his trainers are particularly interested in taking on an opponent of Grant’s stature.
Adamek explained, “This fight makes so much sense for me.  Michael Grant is a very big heavyweight. This fight will prepare me to fight Haye or Klitschko. First though, I have to beat Grant and I do not take him lightly. I was pleased with the results of my training camp for the Arreola fight, so for Grant we will follow the same hard regimen, but also work on skills that will keep him guessing.” 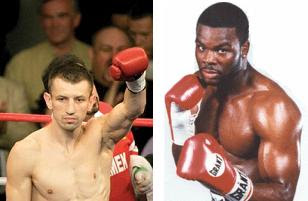 "I would like to thank Main Events and their staff for their professionalism and the opportunity to face one of the best heavyweights in the division, as Tomasz has proven he is a true heavyweight and a force in the division. I realize this is a great opportunity for me and my team, and I will be coming to win this fight on August 21st." stated Grant.
“Every time Tomasz Adamek comes to fight at Prudential Arena it feels like a big party,” promoter Kathy Duva of Main Events said.  “The atmosphere is electric and the crowd gets bigger and bigger every time. We expect a capacity audience to turn out again, for the fun.  Michael Grant provides a new challenge to Tomasz, who must adjust to much taller and harder punching opponents than he faced in the Light Heavyweight and Cruiserweight divisions,” she added.  “It should be interesting and exciting to see how Adamek handles a much bigger man.”
Tickets priced at $253, $103, $78 and $53 will go on sale in mid-June. For more information, contact www.prucenter.com
Posted by Michael Gerard Seiler at 5:04 PM

obviously Grant has been on the down low but he's won like 8 or 9 in a row and will help Adamek get ready for a bigger heavyweight, let the bombs fly!!!!!!