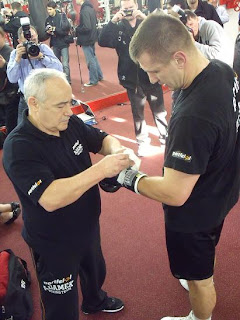 Today, Tomasz Adamek (42-1, 27 KO's) held an open workout for the media at the World Boxing & Fitness Center in Jersey City, New Jersey, as he prepares for his upcoming fight on Thursday, December 9, at the Prudential Center against Vinny Maddalone (33-6, 24 KO's). The fight is being distributed in North America by Integrated Sports Media for LIVE viewing at 8pm EST/5pm PST on both cable and satellite PPV via iNDemand, DIRECTV, Avail-TVN and DISH Network in the United States, and Viewer's Choice and Bell TV in Canada for a suggested retail price of only $29.95.

Adamek feels his preparation is right where it should be at this time. 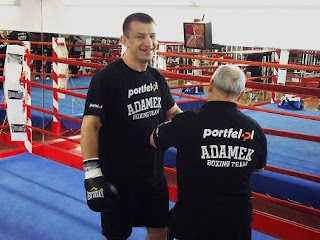 While Adamek seems extremely focused on Maddalone, questions continue to arise about a possible match-up versus Roy Jones, Jr. in March 2011. Adamek made the situation quite clear.

Adamek added, "If we don't get a title fight, I will fight Roy Jones."

Adamek knows that his supreme conditioning has contributed to his successful career. He has also made it a priority to focus more on head movement during this training camp.

"If I am quick, I can beat everybody," declared Adamek. 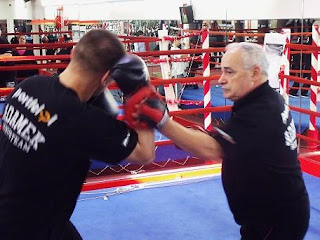 Roger Bloodworth, Adamek's trainer, believes his fighter is much faster in this training camp than his previous one.

Bloodworth added, "The only way you get more pop in your punch is with speed. He's coming along; He's doing it here. We'll see if he does it in the fight." 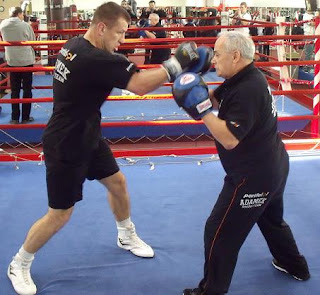 "Some fighters fight on emotion, sometimes they rise to the occasion, and he's just been on a straight line, which is needed for a long, fruitful career," said Duva. "He's somebody who has a very sure sense of who he is and what he wants; He is a very stable individual in every way."

Duva also addressed possible fights for Adamek if he gets past Maddalone, as well as the probability that David Haye battles a Klitschko brother in the near future.

"David Haye did 15 million on PPV in England," acknowledged Duva. "That's more money than the Klitschko brothers can generate in their own country. We're ready to go to England anytime."

Duva further commented, "His (Haye's) position, from what I've seen and heard through the media, is that he brought in 15 million in his country in his last fight, and a Klitschko brother brings in 4-5 million. The Klitschko brothers want a 50/50 split. I don't think they (Haye's team) have any right to accept that, not when you look at those economics."

Duva also stated, "Their (Klitschko brother's) team decided to keep them in Germany. They decided to completely destroy the pay-per-view market in the United States for him (Wladimir Klitschko), which would have been leverage he would have had. They basically put a ceiling on their earnings. Haye is now in the driver's seat. If they can't make a deal, and that would only happen if the Klitschko's bend tremendously in this situation, I believe his (Haye's) next best alternative is Tomasz. We would be more than happy to fight him in England. It's arguably the most competitive fight that could be made on paper. Why not do it? We're willing to be completely reasonable here."
Posted by Michael Gerard Seiler at 4:01 PM