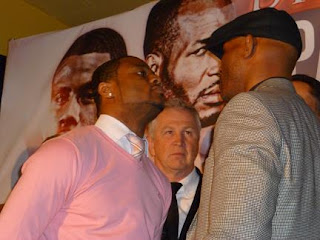 Bernard "The Executioner" Hopkins (51-5-2, 32 KO's), 46, will once again try to become the oldest champion in boxing history when he battles Jean Pascal (26-1-1, 16 KO's), 28, in a rematch on Saturday, May 21st, at the Bell Centre in Montreal, Canada. The bout will be for Pascal's WBC, IBO and Ring Magazine light heavyweight titles, as well as the vacant WBC Diamond light heavyweight title. Their first bout was scored a twelve-round majority draw.

A man should be very careful about ridiculing and inciting highly-motivated people, especially a legendary fighter such as Bernard Hopkins. Yesterday, Pascal crossed the line. He alleged that Hopkins is using performance enhancing drugs.

Today, Hopkins responded to those allegations at Planet Hollywood in New York City. 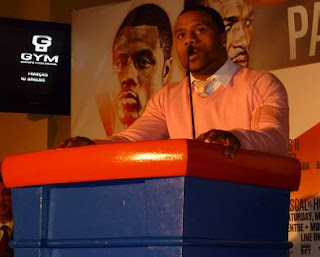 "He's a whiner," commented Pascal. "Me, I consider that I won the fight, a close fight. But, I am not a whiner. The judges decided otherwise, and scored it a draw. I accept it, because you can never call a close fight a robbery."

Pascal did not completely cease from his allegations about Hopkins this afternoon.

Pascal added, "May 21st you better be on something, because I'm going to bust your ass!"

At this point in his illustrious career, Hopkins doesn't need any extra fuel to get him going.

"I fight for a different reason," stated Hopkins. "I don't need boxing. I'm fine, very fine. Why I'm still fighting is not because I can't turn the lights off and get it out of my system. That's what I do; That's who the hell I am." 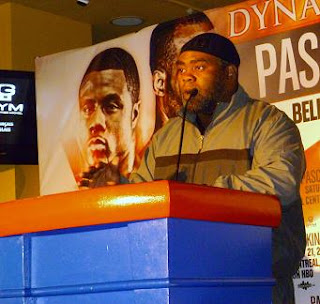 "I would never say something derogatory about an athlete without any proof to support it," said Nazim Richardson, Hopkins' trainer. "Because, you don't realize you are actually giving a man the greatest compliment in the world." 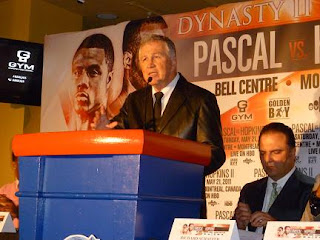 "Bernard Hopkins said he has fans in Montreal," claimed Yvon Michel, President of Groupe Yvon Michel. "He is right and that's the good story, which is sad because he has more fans in Montreal than Philadelphia."
More photos from today's press conference 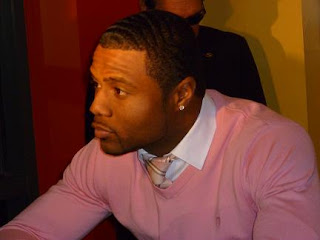 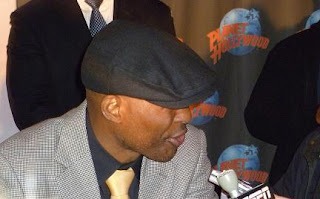 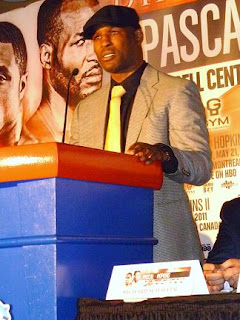 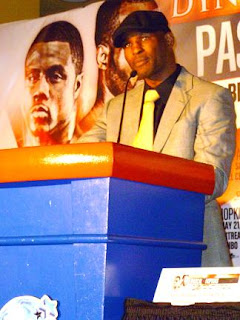 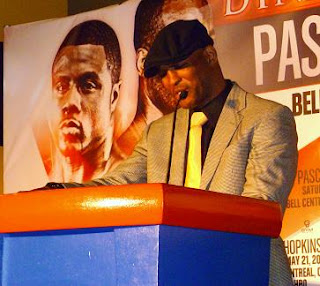