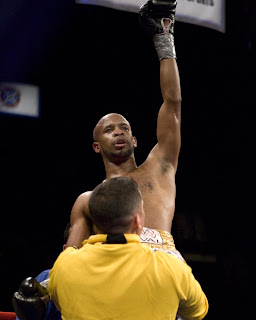 This Friday at the Seminole Hard Rock Hotel and Casino in Hollywood, FL, 2004 Olympic Gold Medalist, Yan Barthelemy (11-2, 4KO's) will square off against Dominican Francis Ruiz (9-3, 4 KOs) in the opening bout on ESPN's "Friday Night Fights". Barthelemy was originally scheduled to face Chris Avalos (18-1, 15KO's) but Avalos was forced to pull out citing a hand injury suffered recently in sparring. The bout, scheduled for ten rounds in the super bantamweight division, is promoted by The Heavyweight Factory in association with Joe DeGuardia's Star Boxing.

After starting his career 6-0, the Cuban Gold Medalist Barthelemy hit a bit of a rough patch, going 2-2 in his next four, before righting the ship behind a new team, which included, highly regarded trainer, Orlando Cuellar. Since joining with Cuellar, coupled by the signing of Star Boxing, Barthelemy is 3-0, with all three of those wins coming by way of knockout, including a fourth round stoppage of previously unbeaten, and fellow 2004 Olympian Roberto Benitez.