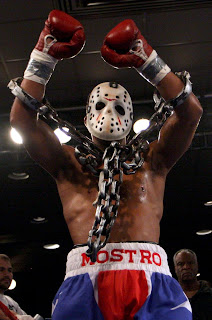 On Thursday May5th, Star Boxing will kick off the much anticipated 2011 Punchin at the Paradise Series. Fighting in one of the featured undercard bouts of the evening will be hard-hitting super middleweight prospect, Jason "Montruo" Escalera (10-0, 9KO's) as looks to impress in his Star Boxing debut when he takes on tough veteran Mustafah Johnson. Headlining the show will be the return of the Bronx's fan-favorite, Edgar Santana (24-3, 15KO's) as he looks to re-embark on his voyage towards boxing supremacy when he takes on Robert Jones in an eight round welterweight match-up. Escalera-Johnson is scheduled for six rounds in the super middleweight division.

"We had Jason on one of our shows last year, but this will be his first since signing with us," stated Joe DeGuardia, CEO and President of Star Boxing. "This will be Jason's first fight in New York, and for those who haven't seen him fight before, you are going to be in for a real treat. In addition to him being an up and coming prospect, he has an extremely exciting and fan-friendly style, which we feel will make him an instant hit with our fans at the Theater. Our fans have become accustomed to seeing exciting action-packed fights at our Punchin at the Paradise series, and Jason will produce exactly that." 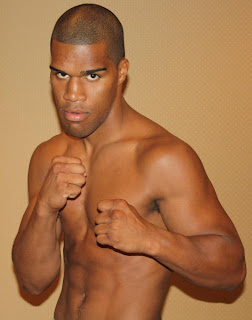 The 26-year-old Puerto Rican Escalera carries absolute dynamite in both hands. After winning the 2007 NJ Golden Gloves Light Heavyweight Championship he turned pro just a year later, scoring the first of his nine knockouts against Jeff Gross in February of 2008. Escalera, who has spent his entire life living in Union City has made a name for himself throughout the New Jersey gym scene, sparring with a number of the state's top pro prospects, including multiple training camps with four-time super middleweight title challenger, Omar Sheika. The fight on the 5th will mark Escalera's first outside of New Jersey, and first since signing with Star Boxing. Escalera has promised to bring the excitement with him across the river and start making a name for himself throughout the New York fight scene.

Tickets are priced at $30, $50 and $100 and can be purchased by calling the Star Boxing office at 718 823-2000, visiting www.starboxing.com or simply by CLICKING HERE: Tickets can also be purchased by visiting the Paradise Theater box office, located at 2417 Grand Concourse in the Bronx, NY.
Posted by Michael Gerard Seiler at 6:15 PM