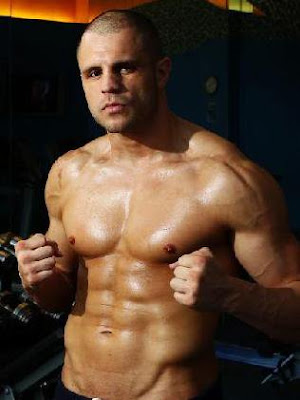 SPRINGFIELD, MO (June 10, 2011)—On Saturday night July 23rd, popular Cruiserweight B.J. Flores will return to his childhood home to take on tough Nick Iannuzzi for the Interim NABO and the NABA championship, which will headline a hybrid card featuring four Boxing and seven MMA bouts at the O’Reiley Center.

The shoe is promoted by Joe Kelly’s Titan Entertainment and Wes Slay Productions.

Flores, who now resides in Las Vegas and has a record of 24-1-1 with fifteen wins coming by knockout, will be making his fourth appearance in Springfield, and first start since 2007 in his childhood home.

Iannuzzi of Tampa, Florida has a record of 16-2 with nine knockouts.

“I love fighting here and know this is the place where my roots were planted so its always exciting to come back here," said Flores.

“"I am very much looking forward to getting back in the ring in front of my hometown fans. This will be an exciting event with all the area’s best MMA fighters and 4 professional boxing matches! We are determined to bring a VERY high Quality show to Springfield Missouri."

“I have been STARVING to get back into the ring! Been training like a DOG! My last fight has simply made me more hungry and determined. I can’t wait to face another hi level opponent in this tyype of make or break fight. The winner of this fight takes a GIANT step forward and the Loser takes a GIANT step backwards!!"

In that last fight, Flores traveled across the globe only to put up a valiant effort in suffering his first professional loss to local icon Danny Green in Australia.

"The truth of the matter is, I have been waiting to get back into the ring because we were supposed to fight again in Australia and I had received countless emails and calls from them telling me of their desire to have me DOWN UNDER after the close fight with Danny Green. The people saw what they saw and for that reason Angelo Hyder and Danny wanted me back. It wasn’t until about 1 and half months ago that we found out they were moving in another direction. So, I am now moving forward."

"I have a lot to learn and will be much better with keeping an active schedule and that is exactly what I plan to do. We have a great following in Missouri and I plan on fighting here every 3 months to keep me sharp and keep moving towards another title shot. Before my last fight I was off almost 16 months and you can never be at your best under those conditions. I will NOT let that happen again!"

“Nick Iannuzzi provides a great challenge. We had offered this fight to 8 different guys rated in the top ten in the US and ALL of them had turned it down except IANUZZI. This guy is coming off a very controversially loss to WBO #3 WBA #3 WBC #4 Lateef Kayode. Everyone saw the fight that night and EVERYONE except the three judges thought Iannuzzi had done enough to win the fight. He is tough and gritty and I thought he performed very well on SHOWTIME. Immediately after the fight I did a press release calling out L Kayode. However his camp responded by simply saying I am a racist and blah blah blah. Listen, I all want to do is fight! I don’t care where Lateef is from!! However, I will now look to the next best thing. Fighting the guy who all the SHOWTIME announcers had winning the fight. Nick Iannuzzi. I am looking forward to fighting for the NABO interim and NABA titles and gaining a rating with the WBO and WBA by facing a tough opponent. This fight will put me right back into position to fight another BIG fight! I am very UP for the challenge and looking forward to getting one step closer to another title shot!"

Tickets go on sale at the beginning of JULY!!!
Posted by Michael Gerard Seiler at 8:09 PM