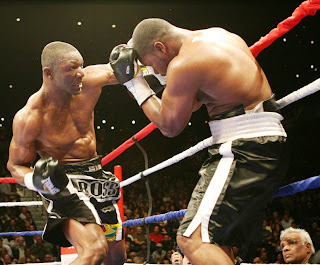 “Friday Night At The Fights” is being presented by United Boxing Promotions in association with Hennessy Sports and Groupe Yvon Michel.

Ross is the top-rated IBF contender at No. 3 (#1 and #2 are not rated), as well as ranked No. 5 by The Ring magazine, No. 14 by the WBA, and No. 15 by the WBC. The two-time Canadian Olympian will face an opponent to be determined June 24 in a eight-round bout. Troy wants a rematch with IBF champion Steve Cunningham and he also has issued a challenge to unbeaten Lateef Kayode for a major showdown later this summer.

“I can’t wait to get back in action,” Ross said. “I’m trying to force (IBF champion Steve) Cunningham into a rematch. I dropped him and should have won that fight by technical decision because he thumbed me in the eye and the fight was stopped (cut eyelid) because of that. I’m fighting June 24th to get sharp for Cunningham, Kayode or any of the top 10 fighters I may fight this year on my way to winning a world title.”

A native of Guyana who lives in Toronto, Ross (24-2, 16 KOs) was a member of the 1996 and 2000 Canadian Olympic Teams, and winner of The Contender, Season Four reality television series.

Tickets to “Friday Night at the Fights,” starting at $30.00, may be purchased at the Hershey Centre box office, through Ticket Master by dialing 416-872-5000, or by going on-line to ticketmaster.ca.
Posted by Michael Gerard Seiler at 7:31 PM