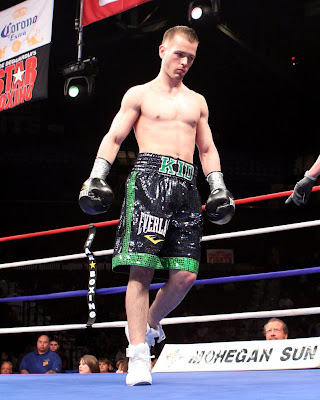 On Friday July 15th, at the Roseland Ballroom in NYC, Delvin Rodriguez (25-5-2, 14KO's) squares off against Pawel "Raging Bull" Wolak (29-1, 19KO's) in a must see ten round jr. middleweight showdown. The bout, promoted by Joe DeGuardia's Star Boxing, will be the feature bout on that week's edition of ESPN's "Friday Night Fights". Before Rodriguez and Wolak step inside the ring, Kevin "Kid" Rooney, the son of world renowned trainer, Kevin Rooney, and Star Boxing's own publicist, will look to improve to 2-0 when he takes on Queen's Elmer Vera in a four round jr. middleweight match-up.

"As soon as we began working on this card, Kevin told me he wanted to be on it," stated Joe DeGuardia, President and CEO of Star Boxing (Rooney's boss). "Kevin put on a good performance in his pro-debut, and he had a lot of people make the trip out to Connecticut to show their support. Now he has the opportunity to showcase his skills right here in NY in front of his hometown fans and I know he is really looking forward to it." 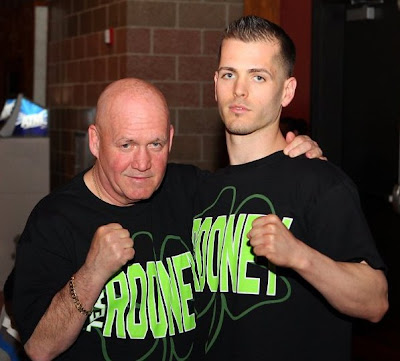 Rooney is coming off an impressive victory in his pro-debut back on April 22nd at the Mohegan Sun Resort and Casino in Uncasville, CT. Before a large contingent of fans, Rooney won a dominating four round decision over Philadelphia's, Dave Navarro. The fight, which was shown live on ESPN's "Friday Night Fights", saw Rooney control the fight against Navarro from the opening bell, dropping his opponent just a half minute into the first round with a left hook. Rooney dropped Navarro again hard in the second with another left hook, and went on to dominate the remainder of the fight. The two left hooks from Rooney earned him the Just For Men, "Punch of the Night". Now Rooney (1-0) looks to turn in an equally impressive performance on July 15th.

"I'm really excited to get back in there and put on another exciting performance for everyone who comes out to the Roseland Ballroom," stated Rooney. "Overall I was very happy with my debut. I had a tremendous amount of fan support and I'm really excited about having the opportunity now to fight right here in NYC. I know there were things I could have done better in my debut, but I am just going to keep working hard in the gym and listening to my father and keep improving from each fight to the next."

"KC (as Rooney Sr. refers to his son) fought on Friday and was back in the gym training on Monday, he is very determined and a very hard worker, and as a trainer and father I couldn't ask for more than that," stated Rooney Sr. "KC put on a very good showing in his debut and I expect an even better performance out of him on July 15th."

Tickets are priced at $50, $75, $100 and $200 and can be purchased by calling Star Boxing at (718) 823-2000, or visiting www.starboxing.com. Tickets may also be purchased through any Ticketmaster outlet or simply by Clicking Here. Doors open at 6:30PM, with the first bout scheduled for 7:00PM. ESPN will begin LIVE coverage at 9PM ET.
Posted by Michael Gerard Seiler at 9:47 PM