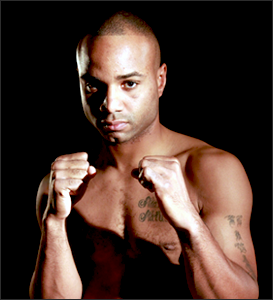 Oklahoma City, OK (November 2, 2011) - USBA welterweight champion Carson Jones will look to take another step towards his dream of fighting for a world title when he battles 2000 Olympic Silver Medalist Ricardo “Slicky Ricky” Williams in the main event of “The Corona Rumble at Remington, Presented by Monster Energy” Thursday, December 15 at Remington Park in Oklahoma City, OK.

Jones, 32-8-2 (22 KO’s), hasn’t had any soft touches in the paid ranks, battling a plethora of prospects, contenders and undefeated fighters. Although he’s had his fair share of frustrations, the 25 year old has been on a tear during the last two and a half years, compiling an outstanding 15-1-1 record against solid opposition. Jones’ victims include record breaking knockout artist Tyrone Brunson (21-0-1), Michi Munoz (21-2), Jason LeHoullier (21-2-1), Michael Clark (41-5-1) and Said Ouali (28-3).

Once considered a can't miss fighter, Williams has also been through a number of ups and downs since turning pro in January 2001. The quick handed Cincinnati native lost twice in his first 11 bouts and was out of the ring for more than three years due to legal issues. Since resurfacing in 2008, Williams has won all ten of his bouts, putting his current professional ledger at 19-2 with 10 KO’s.

“This is my first title defense,” said Jones, who is rated sixth by the IBF and defeated the aforementioned Clark to win the USBA belt. “When I defended the NABA junior middleweight title, I didn’t come out on top but I am better at welterweight than I was at 154 and I’ve scored six straight knockouts. I don’t think Williams will give me any trouble at all and I don’t see this fight going the distance!”

For more information on Jones, “The Corona Rumble at Remington, Presented by Monster Energy” or HD Boxing, go to HDBoxing.net.
Posted by Michael Gerard Seiler at 8:21 PM