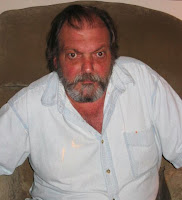 "Floyd Mayweather is the next step, I want Floyd. The only reason Pacquiao is there at number one is because Floyd retired. I want Floyd. It would be a great event, a great challenge."

- As stated by Juan Manuel Marquez after defeating Juan Diaz

Juan Manuel Marquez is a very good fighter with a lot of pride and is willing to move up 2 weight classes to see how great he is by facing Floyd Mayweather Jr. on July 18th. Although Mayweather is coming out of retirement, it will be a very difficult task for Marquez to defeat him. Mayweather has now filled into a welterweight and will square off with Marquez at a catch weight of 144lbs.

Mayweather shows great balance, coordination and agility. He possesses exceptional hand speed and lands pin point, accurate punches. Boxing is not always about punchning power, but where you land a punch that counts. Great fighters always find their range. So far, Mayweather has been the total package as he continually lands his great combinations.

Brian Kenny put Mayweather on the spot when he asked him, "Why are you returning to fight the lightweight champ of the world, who is 2 weight classes lighter?" Kenny was implying that Mayweather has chosen to fight a smaller guy. Everybody wants to see Mayweather vs. Pacquiao, but wasn't Marquez the guy that gave Pacquiao fits in the ring on two occasions?

Brian Kenny asked, "Why not face the winner of the Pacquiao - Marquez fight?" Floyd replied, "Bob Arum is Manny Pacquiao's boss and Floyd Mayweather is his own boss." Floyd also pointed out that Marquez called him out and Pacquiao did not.

Why is Floyd Mayweather facing Juan Manuel Marquez instead of Manny Pacquiao, Shane Mosley or even Miguel Cotto? Mayweather needs a tune up fight, but Marquez is not a tune up type of fighter. Marquez will be a formidable opponent, but Mayweather needs to get his timing back from his brief retirement. All the training in the gym will not prepare Mayweather for a possible meeting with Pacquiao, Mosley or Cotto like having a real fight first. Styles make fights and it is believed that as good as Marquez is, Mayweather will still be able to outbox him. A second tune-up would never hurt Mayweather if he is looking to fight a tornado punching Manny Pacquiao.

If Floyd is victorious over Marquez, will he face Pacquiao next? Or Mosley? If Cotto wins June 13, will Pacquiao face him instead of Mayweather? A Cotto victory over Clottey will probably lead to a clash between Cotto and Pacquiao because they both are promoted by Bob Arum. Mayweather may have to wait to face Pacquiao or may opt to face Shane Mosley instead if he wins on July 18th.

Will Mayweather and Pacquiao ever meet? There may be some barriers in making the fight happen. Who will be getting the lion share of the purse? Will they split 50/50? Floyd retired, but is currently undefeated. Pacquiao's popularity arguably makes him the bigger draw. Most fight fans and media feel the best pound-for-pound fighter in the world is either Mayweather or Pacquiao. There's only one way to settle the most talked about debate in boxing..........in the ring!
Posted by Michael Gerard Seiler at 10:51 AM

wow, Alex, welcome to the blogosphere. Like what you have to say, wish the images of your paintings were bigger or linked to larger imager.

check us out at http://klad.com/blog

I think Kenny SCHOOLED Mayweather in this interview! In my opinion, Mayweather came out looking like he was afraid to fight Pacquiao!