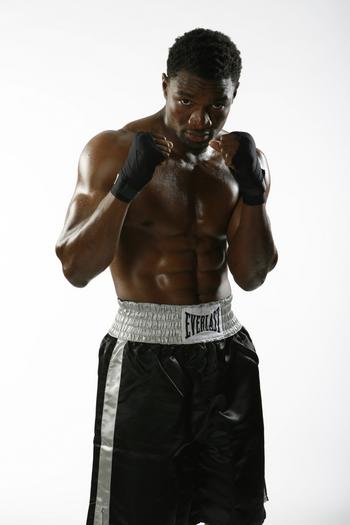 Troy Ross beat Michael Simms very easily tonight. He started throwing a hard right jab and out worked Simms every round. Ross threw and landed devastating head shots and found a home landing his right hook to Simms' body. Ross jabbed, got inside and landed more clean shots in every exchange. Ross always got his punches off first, which enabled him to be more fluid with his combination punching.

Simms did not throw many punches and his work rate was awful. Simms landed very few clean punches. At times, he let Ross come to him while he leaned back against the ropes. Ross imposed his will and was more effective with his shorter punches in close range. He was content with not utilizing his jab and looked extremely lethargic throughout the fight.

In the 8th round, Ross was landing strong uppercuts in close quarters. Ross threw his punches with much more intensity behind them than Simms. As each round passed, one could see the effect that Ross' punches were having on Simms. In the 9th round, Ross' face looked swollen, but Simms did not land as many punches as him in the fight. However, Simms did catch him clean a few times, but Ross never appeared shaken or stunned by his shots.

Simms was wobbled in the last round when Ross unleashed a barrage of straight lefts and right hooks to his head as his back was against the ropes . It was surprising that Simms finished the fight on his feet.

Troy Ross made his punches count. When he threw, he usually landed good shots on the inside and outside. Simms did not show much effort tonight, but that does not take away from Ross' good night of work. Troy Ross improves his record to 22 -1, 15 KO's. Ross has won 10 straight fights in the Cruiserweight Division. Michael Simms drops to 20-11-1, 13 KO's.