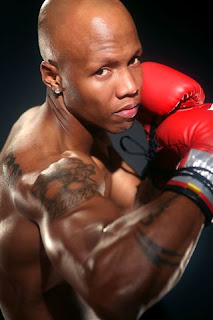 
Judah, 32, decided to move down from welterweight to junior welterweight, as he attempts to regain a title in boxing's hottest division.


"I like to finish how I started, so we teamed up with Main Events," Judah declared. "We crossed the river to team up with Prudential Center and I'm back!!!"

“We at Main Events are thrilled to welcome Zab back home," said Kathy Duva, Main Events' CEO. "We were fortunate to have been involved with Zab throughout much of his early boxing career, so we know first hand what a compelling personality and exciting fighter Zab is. Zab brings with him the kind of fan base necessary to fill a big arena, and we look forward to packing Prudential Center when he makes his debut there in July."

"Zab ‘Super’ Judah is entering 2010 with more focus, heart and dedication than ever before," stated Bill Halkias, VP Super Judah Promotions. "He will once again dominate the junior welterweight division.”

Zab's opponent and on sale information for his upcoming fight will be named shortly.
Posted by Michael Gerard Seiler at 12:33 AM