LET'S GET IT ON PROMOTIONS INKS LONNIE SMITH 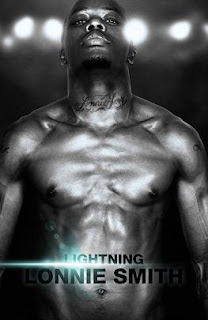 Reno -- Let’s Get It On Promotions is pleased to announce the signing of super-featherweight prospect, “Lightning” Lonnie Smith (12-2-2, 9 KOs) to an exclusive promotional agreement.

Smith, of Las Vegas, is coming off an explosive first round knockout of Jose Gomez January 7th. Lonnie, who also goes by “Lonnie Love” and “El Negro Mexicano” is known for his non-stop, action packed fighting style. His bouts are often, if not usually, given “Fight of the Night” awards. The heart and passion that Smith displays while fighting, are matched by his charisma and good character out of the ring.

“Lonnie is the type of fighter I would pay to see fight.” Says Let’s Get It On Promotions’ Tommy Lane. “Whether it is live, or on television, boxing and sports fans will fall in love with Lonnie Smith. He is very involved in the community, works with less-fortunate youth, and runs his own turkey drive during thanksgiving. But in the ring, he fights his butt off! I can’t wait until he fights on TV.”

Smith is no stranger to Let’s Get It On Promotions’ shows, having appeared on three of them since 2009. He currently trains with Skipper Kelp.

Says Smith, “My fighting style is an immaculate conception between Christie Martin and “Marvelous” Marvin Hagler. Hard fighting is what you see three minutes of every round.”

When asked why the comparison to Christie Martin, Smith responded, “She nearly got stabbed to death and is fighting a few months later! That’s a true fighter’s spirit!”
Smith’s next fight is being scheduled for Spring. 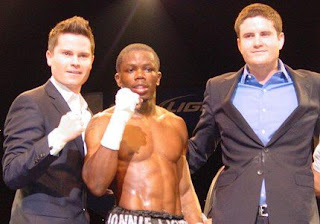