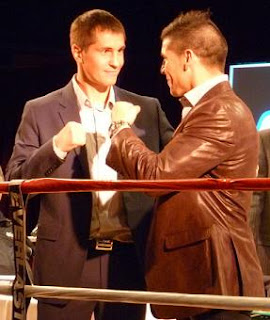 Martinez, 35, has a record of (30-1-1, 19 KO's) in his last thirty-two fights. In that time span, his only defeat was a controversial twelve-round majority decision to Paul "The Punisher" Williams, which was avenged by Martinez' second round, one-punch knockout of Williams last November.

Dzinziruk, 34, will fight for only the second time in the United States. Previously, the Ukranian-born Dzinziruk scored a tenth-round stoppage in his last bout against Daniel Dawson in Santa Ynez, California. This fight marks Dzinziruk's first appearance at the 160 lb. limit. After winning the WBO Junior Middleweight title, via twelve-round unanimous decision in Germany versus Daniel Santos, Dzinziruk went on to successfully defend his title six times. However, the vacant WBC Diamond Middleweight title is the only one at stake when he collides with Martinez.

During the press conference at the B.B. King Blues Club & Grill in Manhattan today, both fighters expressed tremendous confidence heading into their middleweight showdown. 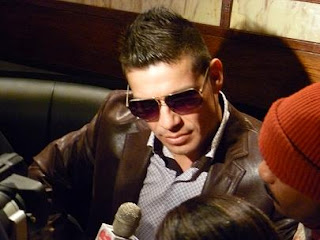 "Thank you to HBO and the WBC for giving me this opportunity," stated Martinez. "I also would like to thank Lou Dibella and Sampson Lewkowicz. I'm working hard every day to bring the best to you. I am thankful for Dzinziruk taking this fight. It's going to be a great fight, and I am looking forward to that day."

Martinez added, "This will be the best year for Sergio Martinez to be the pound-for-pound best fighter in the world." 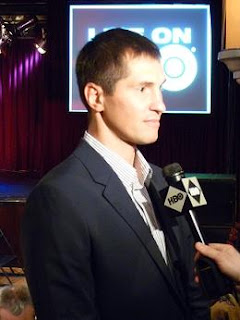 "I am very honored to have an opportunity to fight in America," admitted Dzinziruk. "I believe on March 12th it will be an exciting and entertaining evening." 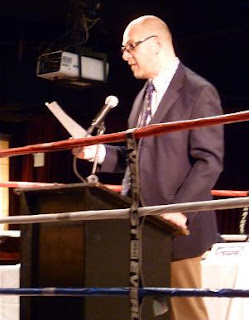 "This main event is going to be a competitive fight," said Lou Dibella, C.E.O. Dibella Entertainment. "His (Dzinziruk) jab is tremendous, and his defense is remarkable. There's a reason he has a gaudy record, there's a reason he's a world champion, and there is a reason that Sergio accepted this fight."

Dibella added, "Sergio's attitude is, 'Bring me the best. I don't want an easy fight. Bring me the best.' We brought him (Martinez) the best available opponent, and the most difficult fight out there." 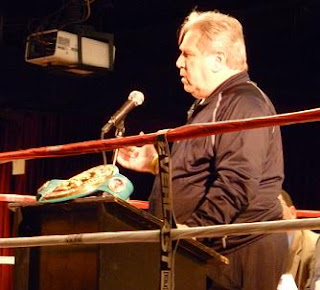 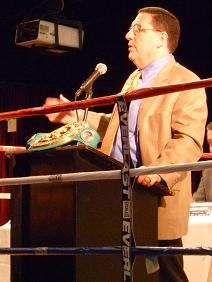 "A year ago, Sergiy came to us and said he wants to fight in America," confirmed Artie Pellulo, Dzinziruk's co-promoter. "He wants to put it all on the line, and fight the best in the world. That's what it's all about - two of the very best getting in the ring, in their prime, and fighting each other." 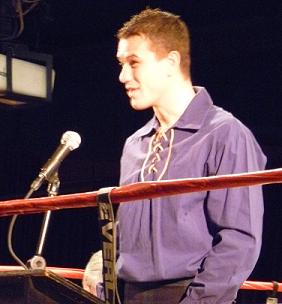 "I'm excited and ready," declared McEwan. "He'll be ready, I'll be ready and it will be a good show." 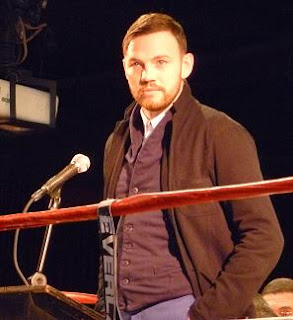 "Craig McEwan is a very good boxer, a lot of skills and is a tricky boxer," explained Lee. "There are a lot of similarities in both of us; We both fight tall, and are both southpaw. We're meeting at the crossroads in our careers. One of us is going to the next level, and whoever loses, has to start again and take a step back." 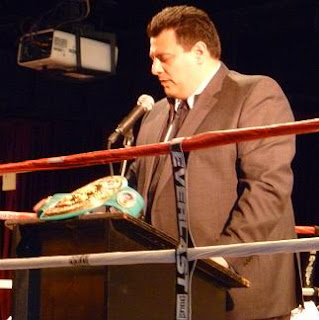 "We are very happy to be presenting the Diamond belt for this fight," stated Mauricio Sulaiman, son of Jose Sulaiman, President of the World Boxing Council. "This belt is made of gold, and has over 500 diamonds. And, the winner will have many opportunities to give away engagement rings." (Laughter From The Crowd) 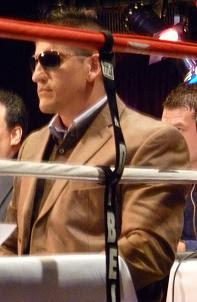 "I know Sergiy for many years in Europe," noted Gabriel Sarmiento, trainer of Sergio Martinez. "He's a great person; he's a great champion. I took the good stuff of Sergiy, and gave that knowledge to Martinez."
Also, explosive junior lightweight Javier Fortuna (13-0, 10 KO's) will do battle in an eight-round bout. In addition, light middleweights Demetrius Andrade (12-0, 8 KO's) and Jonathan Gonzalez (11-0, 11 KO's) will be featured in scheduled eight-rounders.