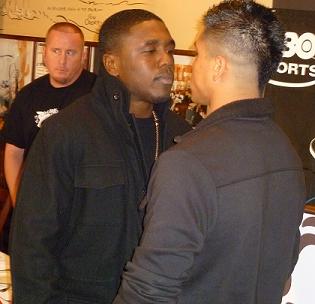 "I'm going to take that belt," exclaimed Ortiz. "I assure you I am taking that belt." 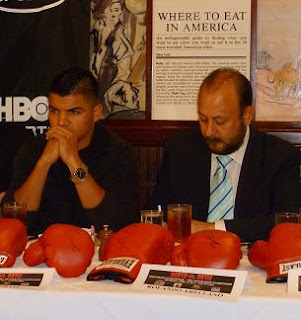 Ortiz is unbeaten in his last five fights (4-0-1) since being stopped by Marcos "El Chino" Maidana in the 6th round of a war on June 27, 2009. He appears to be over that difficult night in 2009. However, if any lingering effects arise from the Maidana fight during his battle with Berto, can Ortiz handle that added pressure?

"I go to bed and I sleep fine," responded Ortiz. "I have nothing to worry about. I came back the next fight to knockout Antonio Diaz."

Ortiz did not express any negative feelings about his opponent, only displaying a high-level of confidence heading into his showdown with Berto.

"It's been a long, long run for Berto," stated Ortiz. "'Is he great? Not in my eyes.' They say he's the best thing since slice bread. I agree to disagree. He has a very pretty record, but I'll take care of that on April 16th."

Ortiz' training camp has been going exactly as he visioned it.

"Training camp has been fun and tough at the same time," commented Ortiz. "It's been a tough stage of that next level, but I am handling it quite well."

If he beats Berto, would he ever rematch Maidana?

Ortiz replied, "I tried. I'm definitely the wrong guy to ask. Maidana had me as a mandatory. It made me angry. 'You can't give me a rematch, a guy who you supposedly exposed and knocked out?' Give me a shot, and 9 out of 10 times I will beat you!"

Andre Berto is very happy Ortiz accepted this fight, and fully understands that Ortiz' knockout power could present a problem to him, if he lets it.

"He stepped up to the plate," said Berto. "If you make a mistake, he will KO you."

Berto does not believe that Ortiz is psychologically over his TKO loss to Maidana, and feels those memories will come back to haunt him in the ring on April 16th.

Berto remarked, "He's trying to convince himself, so he appears to be a lot more confident. He dreams about Maidana. I'm strong and I have speed. And, I'm intelligent with it."

As a result of Ortiz' bout with Maidana, Berto thinks he can simply outfight him.

"I'm stronger and faster," claimed Berto. "We've both had our backs against the wall. You've seen how he's reacted, and how I reacted. We'll test him out and see what's up." 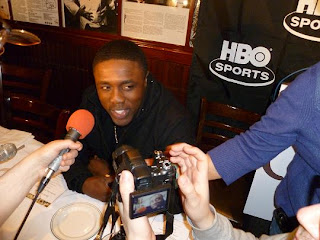