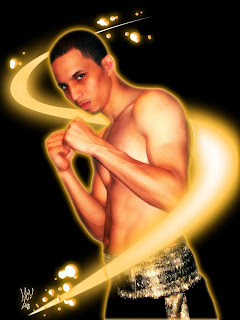 For Valle, a 2003 NY Golden Gloves Champion, boxing is in his blood. Between Valle Jr. and his father, world renowned trainer and Danny's grandfather, Victor Valle Sr. (now deceased), the two have trained some of New York's most notable fighters, including most recently former WBC heavyweight champion Oleg Maskaev.

The 25-year-old Bronx native Valle turned pro in October of 2009, scoring a 2nd round knockout. Valle followed up his debut with two more 2nd round stoppages in 2010. When not training for his own fights, Valle assists his father in training other fighters.


A complete list of the undercard will be announced shortly. Tickets for "March Mayhem" are priced at $100 for Gold Ringside (first row), $75 Ringside, and $50 for General Admission. Tickets can be purchased by calling Star Boxing at 718 823-2000, or visiting www.starboxing.com. Doors open at 6:45PM with the first bout scheduled for 7:30PM. The Plattduetsche Park Restaurant is located at 1132 Hempstead Tpke, Franklin Square, NY 11010.
Posted by Michael Gerard Seiler at 10:58 AM