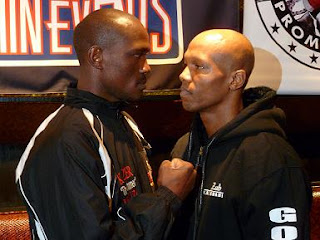 On Saturday, March 5th, Zab "Super" Judah (40-6, 27 KO's) looks to recapture the IBF Junior Welterweight title when he squares off against South African Kaizer Mabuza (23-6-3, 14 KO's) for the vacant crown. The bout is scheduled for twelve rounds at the Prudential Center in Newark, New Jersey. 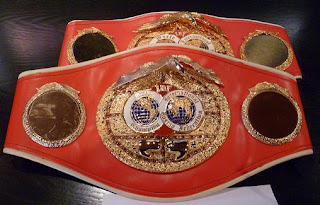 Since 2008, Mabuza's record stands at (8-0-1, 6 KO's). This will be Mabuza's second bout on American soil. Previously, Kendall Holt quit against Mabuza, 31, after the sixth round during their contest in Atlantic City, NJ in 2010.

Judah's record in the past several years has been equally impressive. Judah, 33, has won four in a row and six of his last seven bouts dating back to late 2007. 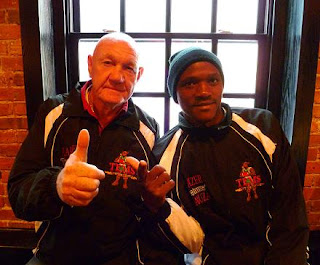 "We know his strength is his left uppercut," stated Mabuza. "But we came here to take that belt."

Mabuza added, "I feel like New Jersey is my second home now. I think I will come here and fight again if they want me back."

Mabuza believes Judah doesn't bring anything to the table he hasn't seen before.

"We prepared with many southpaws for his style," declared Mabuza. "My focus is taking that belt home with me. Training camp has been three months now. Everything is going right according to plan."

At the moment, Mabuza feels the 140 lb. division is the strongest in boxing.

"This division has the likes of Manny Pacquiao and Floyd Mayweather," said Mabuza. "I'm in the right division to make things happen now. The main thing is to take this belt back to South Africa."

"We got a lot of southpaw sparring," claimed Kosie Wiese, trainer and manager for Mabuza. "Zab's southpaw style is not a problem for us. Zab Judah is going to have a problem Saturday night." 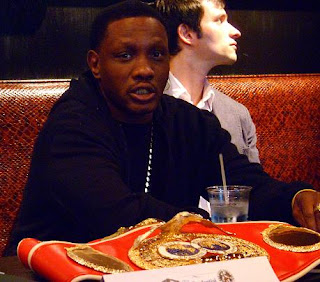 Judah, who is never shy with words, talked about the opportunity that lies ahead.

"We prepared ourselves well for this opportunity," remarked Judah. "On Saturday night, you will see a 5-time champion of the world once again."

Judah showed a high-respect level for his opponent.

"I appreciate everything this man has done," said Judah. "But now is not his time, not on Saturday night."

"As a young kid, I idolized Pernell Whitaker and Mike Tyson growing up," boasted Judah. "Those two styles are different; You got one defensive guy and one aggressive fighter. I added both of them and I got Zab Judah." 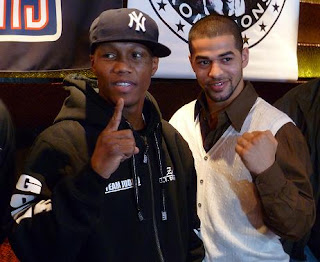 Ali explained how he has been able to improve with each fight.
"I try to learn something each and every fight in the ring," stated Ali. I also keep learning in my gym. And, I work hard at getting in better shape. The better your shape, the more comfortable you'll be in the ring."
Ali added, "I've been sparring more, and I have been getting better sparring. I know how to adapt to different fighters. As the rounds go on, I know what to do to win."
135 lbs. - Shemuel Pagan (1-0) vs. Marcos Garcia (0-3), 4 Rounds
Shemuel "The Chosen One" Pagan, a 5-Time New York Golden Gloves champion, wants to look more impressive in his 2nd professional bout.
"There's a lot of improvement as I progress in this career," said Pagan. "I'm excited. I am going to crank it up a bit. I think I'm more excited now than my 1st professional fight, because I'm on the undercard of Zab "Super" Judah. I always wanted to be on his card growing up. It's a big thing to fight on a card with Sadam Ali and Zab. It's time to put Brooklyn back on the map."