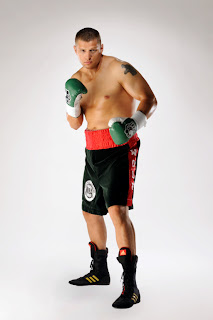 The 35-year-old Liakhovich (25-3, 16 KOs), rated No. 13 by the World Boxing Council, was supposed to be back in action April 9 in Newark after nearly a year-long absence, but an injury suffered in the final week of training camp forced him to withdraw. Instead of taking an easy tune-up, or sign a more lucrative deal offered by K2 Promotions, Liakhovich chose to make his Main Events debut against Helenius (15-0, 10 KOs), who is world rated among the top four governing bodies (WBO #2, IBF #3, WBA #8 and IBF (IBF #15), as well as No. 8 by The Ring. Helenius is a native of Norway but he lives and fights out of Germany.

“This is what being a true champion really is about,” Liakhovich explained. “I believe you have to take risks to get greater results. Boxing is the best of all sports but its core is in earning respect as a fighter. I think you can accomplish that by taking risks. I had to do that in the past when I fought Dominick Quinn, who was America’s top heavyweight hope at that time, and nobody gave me a chance when I went against Lamon Brewster. Both times taking risks paid off for me and this is not any different. My opponent is a good fighter. He proved that he deserves to be in the top 10 of the world by defeating Brewster and (Samuel) Peter. But he’s never faced anybody with my skills.

“I was very disappointed I had to cancel my (April) fight, but I believe what happens is always for a reason, and sometimes things turn out the way you did not expect. I am glad I have this opportunity and I will take full advantage of it. I’m working again with trainer Kenny Weldon, who was in my corner when I won the WBO title, and doing things that I had stopped. We’ve also been working on a few new things to prepare for this fight. I think it’s going to be a very good fight with two guys putting everything on the line.”

Back in 2006, Liahkovich was on top of the boxing world having won a unanimous decision (117-110, 115-113, 115-112) against Brewster for the WBO crown, sporting a 23-1(13 KOs) pro record that included notable wins against world title contender Guinn and previously undefeated Friday Ahunanya. In his first world title defense, however, Liakhovich lost his belt to Shannon Briggs by way of a 12th round technical knockout with only one second remaining in the fight, in which Sergei led on all three judges’ cards by scores of 106-103, 106-103 and 105-104.

After his fight against Briggs, Sergei was put on his old promoter’s shelf and he has fought only three times since 2006, the last a ninth-round stoppage of Evans Quinn a year ago in Germany.

“I have to give a lot of credit to Sergei,” Main Events CEO Kathy Duva commented. “From the moment he was offered the match with Helenius, he absolutely demanded that we make the fight. There are very few elite professional boxers who are willing to put everything on the line without a moment’s hesitation, as Sergei did, and accept such a challenge. I believe that his experience and courage will carry the day on July 16th against such a strong opponent. Sergei is one of the most fan friendly fighters in boxing and we all look forward to a great match in Munich. We also look forward to bringing home the win!”

Liakhovich’s Boston-based attorney and veteran boxing lawyer, Anthony Cardinale, got Sergei out of his last contract and negotiated his new deal with Main Events and the Helenius fight. “Sergei chose to take a fight that he could have easily avoided and made more money in a three-fight deal which was offered by K2 (two undercard bouts on the Wladimir Klitschko-David Haye and Vitali Klitschko-Tomasz Adamek cards followed by a guaranteed world title shot),” Atty. Cardinale noted. “His reasoning was a win against Helenius will make a world title fight considerably more valuable to him and his family than the deal offered by K2.

“If I were Helenius, I would be concerned because Sergei is getting into the ring a rested, top-conditioned, supremely motivated, championship caliber heavyweight with much more experience. This is not going to be a walk through like Helenius has had against out-of-shape, disinterested former champions just showing up for paydays. He is about to enter a hungry wolf’s den and he won’t come out undefeated.”
Posted by Michael Gerard Seiler at 4:56 PM