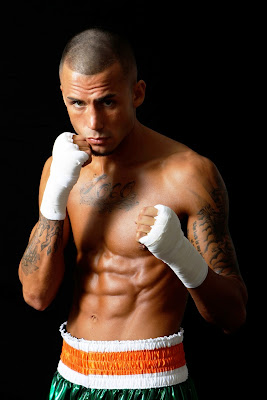 The “Friday Night At the Fights” show is presented by United Boxing Promotions, in association with McGuiness’ promoter, Hennessy Sports, and Groupe Yvon Michel.

Hot, unbeaten prospect McGuinness (14-0-1, 7 KOs), rated No. 11 by the WBA, will be fighting at home where he won the NABA belt this past February, stopping veteran Hector Julio Avila (47-5) in the fourth round.

The only blemish on Cotton’s otherwise perfect pro record is a six-round draw 13 months ago with dangerous Walter Estrada, who holds victories against former world champion Nate Campbell and Verquan Kimbrough.

Ruiz (22-3-1, 16 KOs) will be fighting outside of his native Mexico for the first time. He is undefeated in his last five fights with four wins and a draw. He is the former Mexican Pacific Coast Featherweight Champion.

Two-time Canadian Olympian and world title cruiserweight challenger, Troy Ross (24-2, 16 KOs), fights an opponent to soon be determined in an eight-round Special Feature. Ross is the top-rated IBF contender at No. 3 (#1 and #2 are not rated), as well as ranked No. 5 by The Ring magazine, No. 14 by the WBA, and No. 15 by the WBC.

Tickets to “Friday Night at the Fights,” starting at $30.00, may be purchased at the Hershey Centre box office, through Ticket Master by dialing 416-872-5000, or by going on line to ticketmaster.ca.
Posted by Michael Gerard Seiler at 10:20 AM