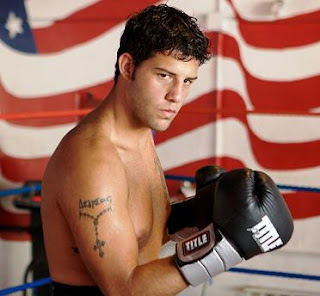 “International Boxing Challenge,” presented by MO Productions, will air live on SporTV, TV Globo International and GloboEsporte.com. A 4-round pro bout between a pair of Sao Paulo middleweights, pro-debuting Douglas Ataibe and Valdevan “Baiano” Pereira, is on the card as well as a pair of soon-to-be-announced amateur matches, featuring members of the Brazilian National Olympic Boxing Team..

The 20-year-old Oliveira (13-0, 11 KOs), now rated No. 10 by the USBA, was born in Sao Paulo but he moved two weeks after birth with his family to Miami. In his Brazilian debut last November in Sao Paulo, Oliveira stopped rugged Junior Ramos (10-5) in the third round.

Oliveira, who won the UNBC title September 11, 2009, recently was selected as the repeat winner of the Brazilian International Press Award’s Athlete of the Year (2009 and now 2010).

“We’re very excited to announce that we have signed a contract with TV Globo to televise Michael’s next six fights starting March 25,” MO Productions president and Michael’s father, Carlos Oliveira, said. “Our goal is to position Michael, at home in Brazil, as a future world champion. We believe Michael has the talent and marketability to be a star in Brazil, converting Brazilian sports fans into his supporters. Soccer isn’t the only sport in Brazil and we’re expecting a lot of support in Sao Paulo.

“The March 25th show will be a memorable evening of entertainment for everybody. Famed Brazilian pianist and conductor, Joao Carlos Martins, will perform the Brazilian National Anthem prior to the 10-round main event; Brazilian choreographer Ivaldo Bertazzo’s extraordinary work will be part of the event, and Michael’s walk-out music will be supported by the Drummers of Maccha-Verde School of Samba.”

Oliveira has returned to his roots in hopes of reestablishing boxing back to the days of Brazilian boxing icons, Hall of Famer Eder “Golden Bantam” Jofre, and more recent superstar Acelino “Popo” Freitas.

Brazilians and Argentineans are traditional arch-rivals in sports and the 21-year-old Adriel, who fights out of Pigue, Buenos Aires, Argentina, is a natural foe for Oliveira, who has many family members and friends living in Brazil. Adriel is a consummate boxer who fought a pair of draws in his second and third pro fights. He fought 10 times last year and once in 2011, when he won a unanimous 8-round decision against Fernando Enrique Battaglia this past January in Buenos Aires.

All fights and fighters are subject to change.